Wrestling icon The Undertaker has apparently committed his long-term future with the WWE after penning a ‘contract for life.’

The WWE legend, 54, had signed a new deal with the promotion back in April, which reportedly meant that he had to be pulled from working non-WWE events like the live Q&A sessions for Inside The Ropes’ Rise of the Taker tour.

According to the Wrestling Observer’s Dave Meltzer, the ‘Phenom’ has committed his future to WWE chairman and CEO Vince McMahon.

The Undertaker, real name Mark Calaway, will presumably refuse to work for any rival promotions even after his career comes to an end now.

The former seven-time champ has been working part time in recent years for WWE and makes sporadic appearances for pay-per-views, Monday Night Raw and SmackDown Live.

But the dream match between The Undertaker and Goldberg at WWE Super Show-Down in June was a complete disaster after a number of mistakes.

But The Undertaker would return to action at WWE Extreme Rules last month to partner with Roman Reigns in their victory over Shane McMahon and Drew McIntyre. 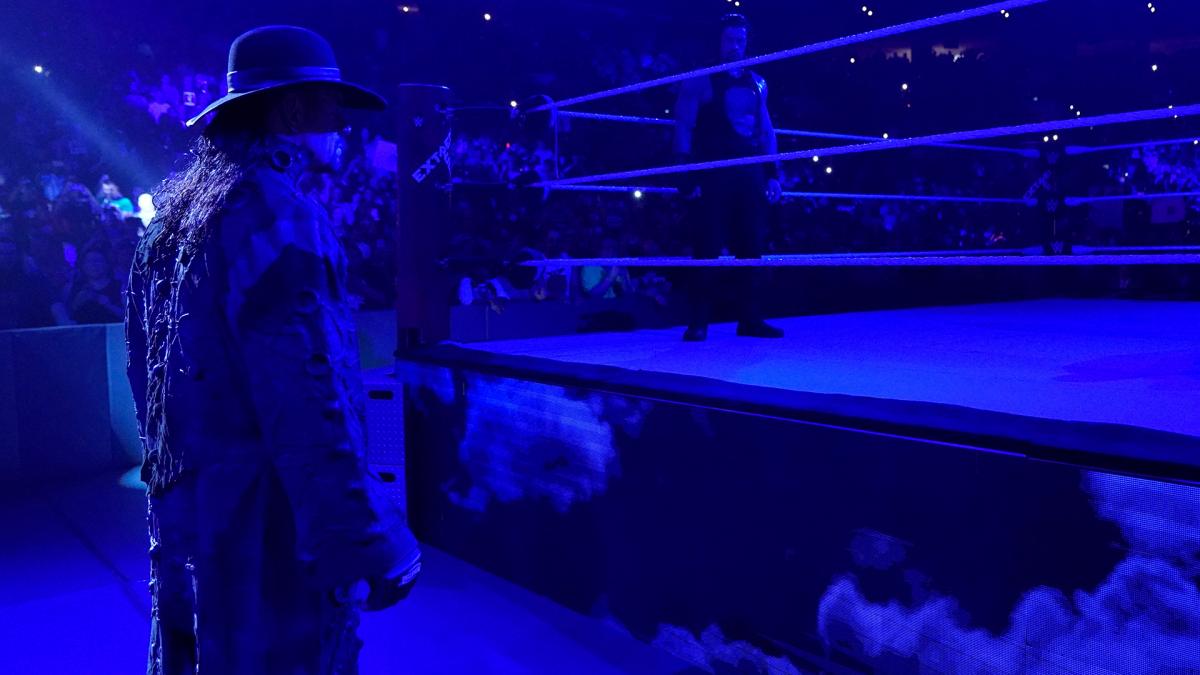 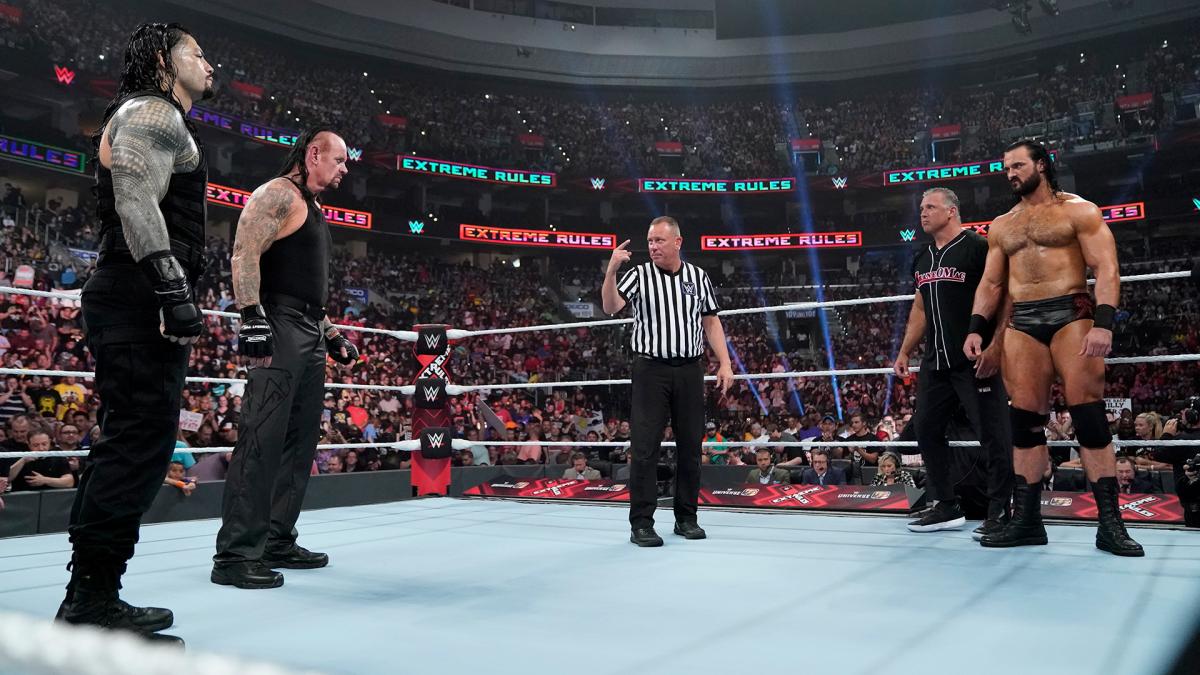 The ‘Deadman’ rolled back the years and put on a vintage performance to put behind his horror show of a match with Goldberg.

Reigns, who returned to WWE this year after his battle with leukaemia, said it was an incredible opportunity to partner with The Undertaker for the match.

“To really just put a cap on the week, there’s nothing better than going out there with The Deadman,” he said (via Wrestling Inc).

“There’s nothing better than going out there and feeling an arena full of wrestling/sports entertainment fans giving that full, undivided respect.

“When you’re out there with a legend, someone who is still at the top of his game — I mean, he showed it tonight. He came in just flying around as the old Deadman that we all know. 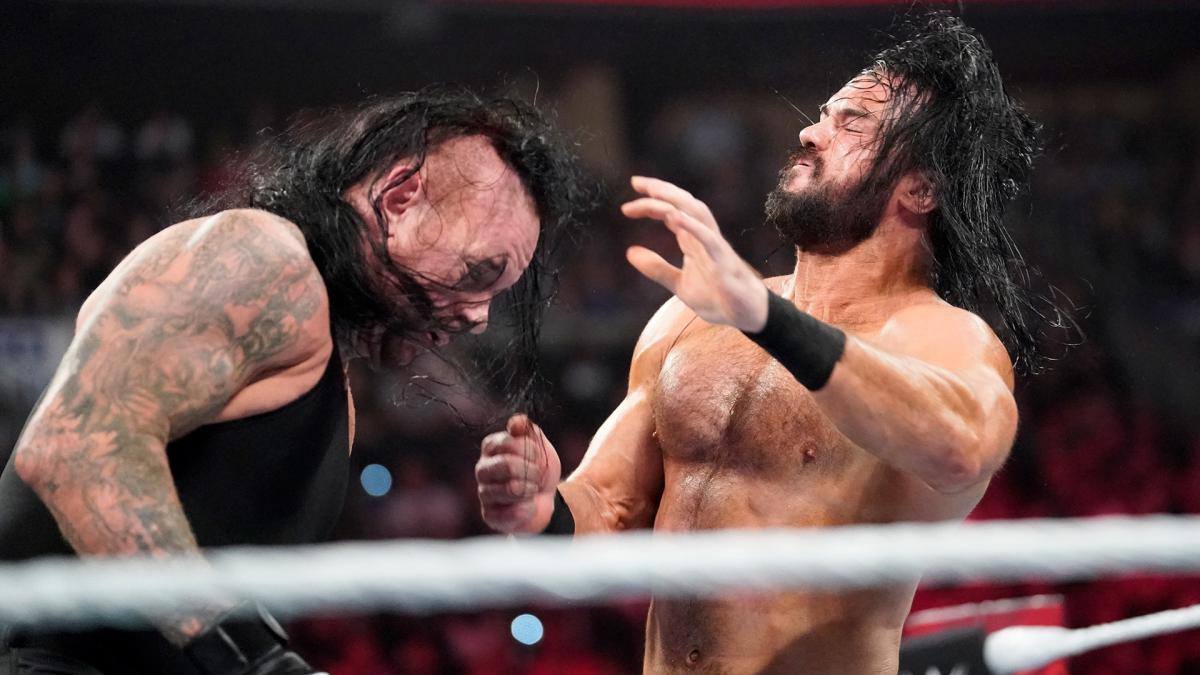 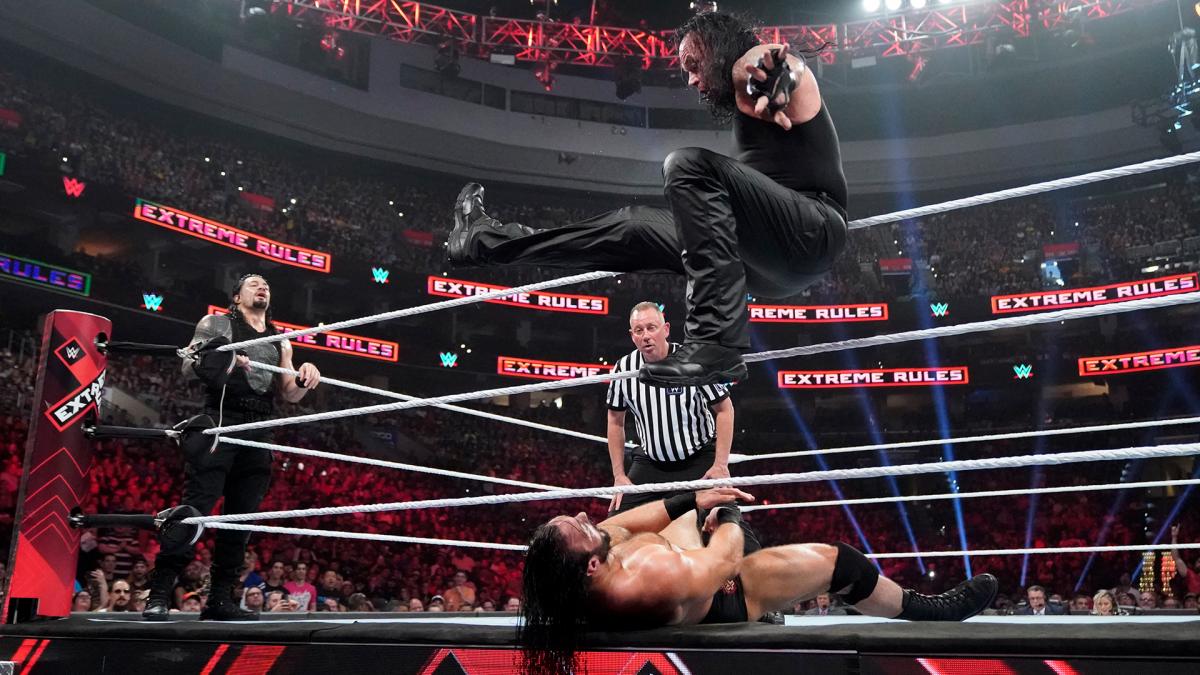 “[He was] taking peoples’ heads off, walking the ropes, scooping people up, tombstone piledrivers. I mean, it was a blessing to be out there and just experience that moment with him.”

The Undertaker has not been confirmed for SummerSlam on 11th August at the Scotiabank Arena in Toronto, Canada.

But the WWE veteran is reportedly eyeing up a match with McIntyre for WrestleMania 36 on 5th April 2020 in Tampa, Florida.

Should The Undertaker face McIntyre at WrestleMania next year?

Let us know in the comments.

Adnan Riaz is a journalist for SPORTbible. He studied for a B.A. in History at the University of York and followed it up with an M.A. in Multimedia Journalism at MMU. Before he started writing about sports, he spent over four years in the gaming press. He has worked for several publications, including Hardcore Gamer, LADbible and the Manchester Evening News. Follow him on Twitter to find out what he is working on next. Got a story tip for Adnan? Email him: [email protected]

Barcelona Legend Xavi Announces His Retirement At The End Of The...